A new 24-month subgroup analysis looked at sustained clinical response in participants who received up to two doses of RBX2660 across age, sex, race, and number of prior CDI episodes
Two post hoc analyses of RBX2660 reviewed physical, mental, and social health-related quality of life (HRQL) data from PUNCH™ CD3 clinical program
An oral presentation of an ad hoc efficacy and safety analysis of Phase 3 data on first recurrence and comorbidities receives the American College of Gastroenterology’s Outstanding Research Award in Colon Category

Data was presented from a post hoc subgroup analysis (24-Month Sustained Clinical Response and Safety of RBX2660 in Participants with Recurrent Clostridioides difficile Infection: Subgroup Analysis; Poster number E0100) on the long-term efficacy and safety of RBX2660 in the PUNCH CD open-label Phase 2 trial. Participants in the trial were 18 years of age or older with either two or more episodes of rCDI treated with standard-of-care antibiotics after a primary CDI episode or two or more episodes of severe CDI requiring hospitalization. Treatment success was defined as the absence of CDI diarrhea for eight weeks after completing study treatment. Among the 142 participants treated with RBX2660 (evaluable population), sustained treatment response through six, 12, and 24 months after treatment, respectively, was achieved by 98%, 97.9%, and 93.5% of participants under 65 years of age and by 96.8%, 93.1%, and 88% of participants 65 years of age and older. Similar sustained response rates were observed in participants categorized by sex, race, and number of prior CDI episodes. The analysis also showed that treatment-emergent adverse events (TEAEs) were reported by a similar percentage of participants across demographic subgroups between 6-12 months (range: 31%-43%) and 12-24 months (range: 23%-37%). Most TEAEs were gastrointestinal and mild to moderate in severity.

Two additional analyses reviewed data from the PUNCH™ CD clinical program and included post hoc analyses suggesting an improvement in health-related quality of life (HRQL) for patients treated with RBX2660. HRQL impact was based on the Clostridioides difficile Health-Related Quality of Life Questionnaire (Cdiff32), a validated disease-specific instrument with three domains (physical, mental, and social), and a total score (all range from 0-100 with 100 being the best possible).

The second post hoc analysis (Health-Related Quality of Life of Week 8 Responders and Non-Responders: Results from the RBX2660 Phase 3 Randomized, Placebo-Controlled Trial in Recurrent Clostridioides difficile Infection [PUNCH CD3]; Poster number E0348) included responder participants with no recurrence (n=178; 125 RBX2660, 53 placebo) and non-responder participants with C. difficile recurrence (n=7; 3 RBX2660, 4 placebo) in the PUNCH CD3 trial. Among responders, improvements from baseline to week 8 were statistically significant (all p<0.001) for both arms and all Cdiff32 scores. Adjusted analyses among responders found a difference favoring RBX2660 versus placebo at week 8 for the mental domain (7.4, 95% CI: [0.33, 14.43], P<0.05). Among non-responders, numerical improvements in all four scores were observed for RBX2660, while scores remained similar from baseline to week 8 for placebo.

Four additional analyses were presented at ACG 2022, which looked at the efficacy and safety of RBX2660 across different populations, including participants with underlying comorbidities. These analyses included the following:

C. difficile infection (CDI) is a serious and potentially deadly disease that impacts people across the globe. The C. difficile bacterium causes debilitating symptoms such as severe diarrhea, fever, stomach tenderness or pain, loss of appetite, nausea, and colitis (an inflammation of the colon).[1] Declared a public health threat by the U.S. Centers for Disease Control and Prevention (CDC) requiring urgent and immediate action, CDI causes an estimated half a million illnesses and tens of thousands of deaths in the U.S. alone each year.[1,2,3]

RBX2660 is an investigational microbiota-based live biotherapeutic studied for its potential to reduce recurrence of C. difficile infection after antibiotic treatment. RBX2660 has been granted Orphan and Breakthrough Therapy designations from the U.S. Food and Drug Administration (FDA). RBX2660 was developed by Rebiotix, a Ferring company.

PUNCH CD3 is a Phase 3, prospective, multi-center, randomized, double-blinded, placebo-controlled clinical trial evaluating the efficacy and safety of RBX2660 vs. placebo in preventing rCDI. The study included adults ages 18 or older who had at least one recurrence after a primary episode of CDI. Participants were followed up to 8 weeks for the efficacy analysis, and up to six months for the safety analysis.

PUNCH OLS is a Phase 2, prospective, multi-center, open-label study assessing the efficacy of RBX2660 compared to antibiotic-treated historical control. The study included adults ages 18 years or older who had at least two documented recurrent episodes of CDI after a primary episode and completed two rounds of standard oral antibiotic therapy or experienced at least two documented episodes of severe CDI resulting in hospitalization. The primary efficacy endpoint (treatment success) was defined as the absence of C. difficile associated diarrhea without the need for retreatment for CDI and was determined at the eight-week office visit. A secondary outcome was the safety profile of RBX2660 including adverse events and CDI occurrence through 24 months after treatment. A post hoc analysis evaluated RBX2660 responders who remained CDI occurrence free up to 24 months after treatment.

Ferring Pharmaceuticals is a research driven, specialty biopharmaceutical group committed to helping people around the world build families and live better lives. Headquartered in Saint-Prex, Switzerland, Ferring is a leader in reproductive medicine and maternal health, and in specialty areas within gastroenterology and urology. Ferring has been developing treatments for mothers and babies for over 50 years and has a portfolio covering treatments from conception to birth. Founded in 1950, privately owned Ferring now employs around 6,000 people worldwide, has its own operating subsidiaries in more than 50 countries, and markets its products in 110 countries.

Ferring is committed to exploring the crucial link between the microbiome and human health, beginning with the threat of recurrent C. difficile infection. Ferring is working to develop novel microbiome-based therapeutics to address significant unmet needs and help people live better lives. Connect with us on our dedicated microbiome therapeutics development channels on Twitter and LinkedIn. 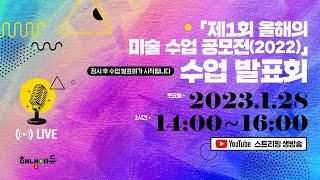 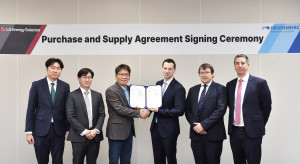